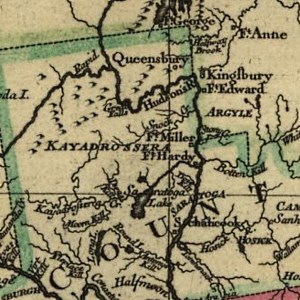 Joseph and Eunice Palmer are held in high esteem because they were early settlers of Northumberland, Saratoga County, NY, and because Joseph was a Captain in the Revolutionary War. Several oral and written accounts survive. The current history is nicely summarized by Dave Peck on the findagrave.com website entry for Joseph Palmer

“Revolutionary War Soldier, he married Eunice Copeland b.1742 and fathered several children including Jared, Joseph, Nicholas, Anson and Hiram Palmer. Son of David and Bethiah Holmes Palmer, he was a surveyor who settled on the farm now owned(1878) by George H Peck. This story is expanded in Grace Vanderwerker’s 1938 account in “Early Days of Eastern Saratoga County”, p.79. She says he was given a farm of any 100 acres he could survey by the Hudson Bay Company which he worked for. The farm was expanded westward to 900 acres and he lived on that farm until his death in 1813. In 1938 it was where Mary J Peck and Anna Peck and her son Frederick Peck lived. The original deed was reportedly still in the Peck family. Presumably the farm was part of what is now Clear Echo and Welcome Stock Peck Dairy farms.”

With increased information available on-line, it is interesting to see how this account holds up under scrutiny. So let’s see if we can learn more.

Joseph Palmer and his Possible Connection to the Mayflower
Descendants all contend Joseph Palmer came from Stonington CT and that he was, therefore, a descendant of Walter Palmer, the Puritan who was one of the original town founders. However, the exact path is not clear. The parents of our Joseph Palmer likely died young, leaving little trail. The Walter Palmer Society indicates that the father of Joseph Palmer is probably David Palmer, but their proof is limited. They also do not speculate about a mother. However, Fear Sturgis of Westerly RI gives a clue in her will where she refers to her grandson Joseph Palmer, son of her deceased daughter Bethiah Holmes. Furthermore, a church record for Joseph Palmer under the Holmes name puts his  baptism date at 30 April 1738.

So we have a Joseph Palmer who is definitely baptized on 30 April 1738 in Stonington, CT  to Bethiah Holmes, and a Joseph Palmer who definitely died in Northumberland, NY in 1813. If it can be proven that these individuals are the same, then our Joseph Palmer is a direct descendant of the Mayflower passenger, John Howland. Here is the proof to date:
1. Jared Palmer, son of Joseph states he was born in Stonington on his Revoltionary War pension file.
2. The wife of Joseph Palmer, Eunice, was born in 1737, near the birth date of Joseph Palmer of Stonington.
3. Joseph and Eunice had a child name Bethiah, a relatively rare name.
4. The book “Genealogical Record of the Descendants of Walter Palmer” by Elmer H Palmer (2002) gives Joseph Palmer’s birth as 14 Feb 1737/38 in Stonington, CT and death as 14 Aug 1813 in Northumberland, NY (original source not yet found)

To state that you are a descendant of a Mayflower passenger, you have to prove to a certified genealogist that your claim is valid. Whether the above information is sufficient remains to be seen.

Eunice, the wife of Joseph Palmer
Some family trees state that the father of Eunice is William Copeland.  No source can be located. Most likely, there is confusion with William Copeland (or Coplin), a “high dutch man” per his pension files, who married Joseph and Eunice’s daughter Bethiah Palmer. It is possible that both Eunice and Bethiah married a William Copeland, but then you would expect the two men to be related.  Not likely given that the biography of Bethiah’s son (and Eunice’s grandson) states the following: “G.W. Coplin, son of William and Bethiah (Palmer) Coplin, was born in Saratoga County, N.Y., January 19, 1811. His mother was of English descent, and his father of German.” Bethiah’s William would therefore have arrived to Northumberland from Germany via Pennsylvania, while Eunice’s William came from England via Connecticut.

The Children of Joseph and Eunice
There is not one single document such as vital records, church ledgers or a family bible with the names of all the children, so one must look at other documents such as wills, land records, and Revolutionary War pension files. Here is what we piece together

The original 100 acres of land can be pinpointed through a very interesting 1824 series of four deeds where land from Joseph Palmer’s estate was sold to a Benjamin Clements. Each transaction refers to a 1/5 portion of land located in divison 6 of the 19th allotment of the Kayaderossa patent, with each portion apparently representing the inheritance for a surviving child. The first transaction involves David (and wife Eunice) Palmer, son of Jared; the second is for Nicholas (and his wife Jane); third is Rebecca (and her husband Joseph) Benjamin selling their share to her sister’s sons; the fourth is Bethiah Copeland and her sons selling her now 2/5 share.  Presumably, Anson had a 1/5 share that was not part of this transaction.

There is additional information on these deeds. Nicholas names his mother and Bethiah names Eunice Palmer for a “right of Dower” exception to the land deal so we know that Eunice was living there. Bethiah also makes a exception for a 1/4 acre graveyard on the property, so Joseph and Eunice are likely buried here. Finally, the property lines were marked in 1769 and 1795, suggesting that Joseph Palmer settled this property around 1770.

The Beer’s 1866 map of Northumberland shows the location of lot 6 in the 19th allotment. Within this grid is the farm of H.W. Peck as mentioned in the 1940 biography. Today the area is populated with dairy farms, including the Welcome Stock and Clear Echo farms which are both owned by the Peck family as mentioned by Dave Peck above

It appears that the gravestone has an error. In 1940 the historian Grace Vanderwerker submitted an application to erect a headstone to honor Joseph Palmer at Bacon Hill Cemetery. Numerous scratch-outs show the obvious confusion about his service. Ultimately, it was decided that he served the 21st Connecticut Regiment.

More likely our Joseph served in the 13th NY Regiment, Company 6 as stated in N.B. Sylvester’s “History of Saratoga County”. There were thirteen tax districts in Saratoga County. The people living near Northumberland joined the 13th  including Joseph Palmer and his son Jared in 1775.  Why the confusion? In 1904, NY State Comptroller’s Office published “New York in the Revolution as Colony and State” which became the standard for NY Revolution War service. This book left Joseph Palmer off its rolls. Therefore, the 21st CT Regiment was substituted instead.

“…in the spring he [Reuben Moore in 1776] volunteered in the Militia of the State of New York in the Regiment then under the Command of Colonel McCrea at Saratoga  – does not remember his Christian name – as a drummer. The name of the Captain of his company was Joseph Palmer, first Lieutenants’s name was John David, second lieutenant was Hezekiah Dunham. Alpheus David was brother to John David was Ensign. General Schuyler then had command at that place. That soon after he was enrolled he marched with his regiment to Fort Miller from thence to Fort Edward to drive the British Tories and Indians from the settlement, remained at Fort Edward about three weeks during which time he was employed in scouting and guarding the frontier. The Regiment was discharged and he together with the rest of the men returned home he thinks he was out this time about one month…”

The story of the 13th Regiment, led by John McCrea, is quite significant. Around 1777 this area was overrun by British General John Burgoyne, forcing the local citizens to go underground. It is here where the American made their famous victory in the Battle of Saratoga. A following excerpt from “The Fort Edward Book: Containing Some Historical Sketches, with Illustrations, and Family Records” by Robert O. Bascom is very informative:

“In 1763 he [John McCrea] removed to the town of Northumberland, Saratoga county, and settled on a farm nearly opposite the mouth of the Moses Kill. He resided here when the Revolutionary war broke out, and October 20th, 1775, he was commissioned as a colonel in the 13th Regiment of Infantry from the Saratoga District of Albany County. It was at this home in Northumberland, that his sister, Jane, came to reside with him and it was here she is said to have met with David Jones; from here she went to visit Mrs McNeil at Fort Edward, when she was captured by the Indians. Col McCrea resided at this home until the near approach of Burgoyne’s army rendered his further stay dangerous; he then removed to Albany. After the war Col McCrea returned to his home and resided there until the great burning in 1781.”

By 1777 Northumberland was a very dangerous place to live. Most residents were forced to flee.  The local fighting forces turned to guerrilla warfare techniques to outfight the staid British army. The death of Jane McCrea, sister to John, was a huge event. She felt safe since her fiance, David Jones, was a Tory. However, local Indians employed by the English killed her. The classic horror cliche of the blond beauty scalped by the local savages spread throughout the world, incensing the colonists and demotivating the English.

We also know something about his Revolutionary war service of Joseph’s son and son-in-law. According to his Rev War pension file, Jared Palmer spent the years 1777-1782 primarily as an exotic-sounding “Indian Spy”, an apt job for the son of a surveyor. According to the biography of his son, William Coplin, “when but fourteen years of age, enlisted in the army of the Revolutionary war, and shortly after, while on duty at Fort Stanwix cutting timber for repairs, the whole force was ambushed and taken prisoners by the Indians, and he taken to Montreal, Canada, where he, after gaining their confidence, made his escape down the St. Lawrence River in a bark canoe to New York, where he resided until his death in 1814.”

After the War
After the war Joseph and Eunice settled down to a more predictable existence. The county of Saratoga was formed in 1791 as the region becomes less of an outpost. Town records are kept. The censuses of 1790, 1800 and 1810 reveal a growing Palmer family influence. Joseph was school commissioner in 1796-7 and first Jailer in Saratoga County. He died around 1813; Eunice lives to 97 as noted in her newspaper obituary in 1834.

The Updated Story of Joseph and Eunice Palmer
Joseph Palmer was born in Stonington, CT to David and Bethiah (Holmes) Palmer. He married Eunice around 1758. He then moved with his young family to frontier of Albany County, NY where he help survey the Kayaderossa Land Patent. He received land including division 6 of the 19th allotment in an area that become Northumberland, NY. During the Revolutionary War he served along with his son Jared as Caption of the 6th Company of the 13 Regiment of NY militia under John McCrea. Joseph and Eunice had a least five children:

After the war, Northumberland became part of Saratoga county which formed in 1791. Joseph served his community by being  school commissioner in 1796-7 and first Jailer in Saratoga County. He died in 1813. Eunice lived until 1834 to the ripe old age 0f 97. Both were buried in the plot on the old family homestead, now gone. In 1940 the local historic society erected at Bacon Hill Cemetery a headstone honoring Joseph’s Revolutionary War service .